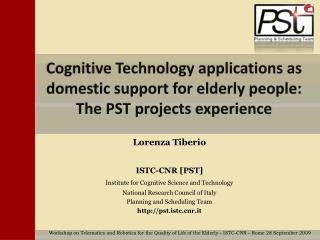 Systematicity and Cognitive Architecture - . in “connectionism and cognitive architecture: a critical analysis”

HOW DO ELDERLY PEOPLE LIVE ? - . &quot; the state is judged as it treats its elders &quot;. how do elderly people

NATIONAL PROGRAMME FOR THE HEALTH CARE OF THE ELDERLY - . the population over the age of 60 years has tripled in last 50

A Cognitive Perpective on How People Learn: Implications for Teaching - . geoff norman, ph.d. mcmaster university. the