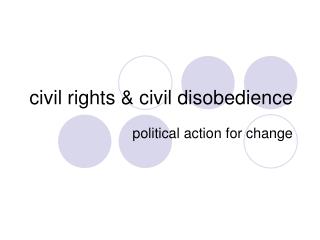 civil rights & civil disobedience. political action for change. Civil Disobedience. Refusal to obey a law on the grounds that it is immoral or unjust in itself, or furthers injustice. Disobedience within a framework of obedience to law.