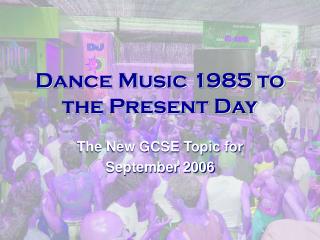 Dance Music 1985 to the Present Day Dance Music 1985 to the Present Day

How To Start Your Own Dance Classes - Are you passionate dancer or a dance troupe? do you have what it takes to teach

Dance - . by: nicole 6c . dance . dance is like a movement. dance also including art because we also can perform our