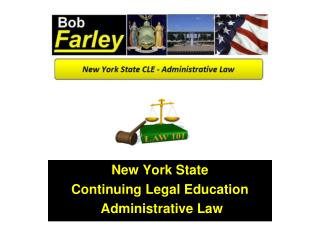 New York State Continuing Legal Education Administrative Law. Part One Introduction. Part One: Introduction Welcome !!! We are about to set off together on a grand adventure. An Adventure of Discovery, Suspense, Mystery, and Intellectual Excitement. Administrative and Legal Processes for State Environmental Law - . sheila lynch, state of washington office of the