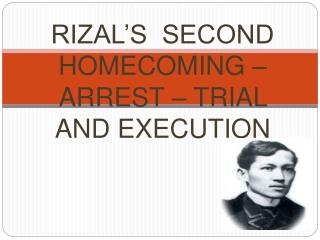 LOADING . . . - You are about to view an electronic invitation for the rizal high school batch ’81 holiday reunion.

Chapter 23 Last Homecoming and Tria l - . - no longer an exile, rizal had a pleasant trip from dapitan to manila with

Police Powers Arrest - . manner of arrests. today’s aims. describe the manner in which the police should conduct an

CAUSES AND PREVENTION OF CARDIORESPIRATORY ARREST - Objectives. to understand:the causes of cardiorespiratory arrest in