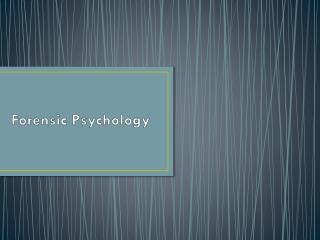 Forensic Psychology. Forensic psychology is one of the newest and fastest growing areas of psychology , and one of the most intriguing.

An Introduction to Forensic Entomology - . dead men do tell tales……. what is forensic entomology?. application of