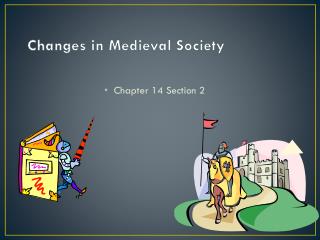 Changes in Medieval Society. Chapter 14 Section 2 . You have a quiz in 8 minutes (2:08). If you are not studying…I will give the quiz NOW! Some reminders!!! Saladin was the Muslim warrior who won Jerusalem during the Crusades

Usury and Medieval-Renaissance Public Debts - . why the renaissance italian communes did not adopt the franco-flemish

Characteristics of Romance Literature - What is a medieval romance?. a tale of high adventure. can be a religious

Medieval Towns - . objective historians will be able to describe what life was like in a medieval town through a reading