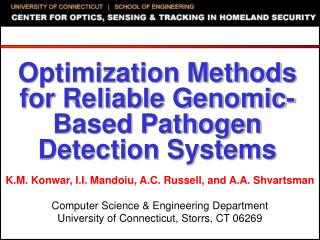 NASA Vision and Mission - . nasa’s mission to understand and protect our home planet to explore the universe and

By Using Statistical Models to Detect the Characteristics of Human Face 利用統計模型在彩色圖像 - . 逄霖生

Neural and Evolutionary Computing - . what is this course about ? computational intelligence neural computing

The drug development process - . from discovery of drug candidate to approval to market overall procedure for drug

Typing methods for bacteria - . typing. may 2007. learning objectives. at the end of the presentation, participants