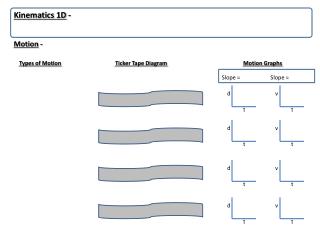 4 Tow-Dimensional Kinematics 4-1 Motion in Two Dimensions - . recall the equation for motion in 1- dimension v f =v i +at

The four kinematic equations which describe an object's motion are: - . there are a variety of symbols used in the above