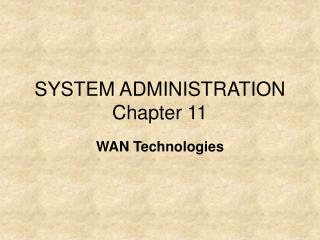 Introduction to Trust Administration - . overview of administration. 1. trustee accepts no liability until accept.

Chapter 18: The Endocrine System - . what is the importance of intercellular communication?. endocrine system. regulates

Chapter 14 Endocrine System - . introduction. the endocrine system and the nervous system are the two major communicating