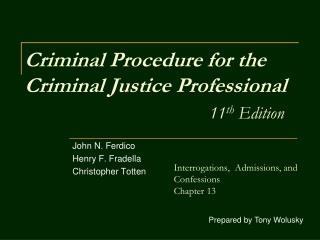 Promoting Success: How to Help a Job Seeker with a Criminal Record - . center for community alternatives. program goals:.

Chapter 1 - . crime, criminology, and the criminal law. what is criminology?. criminology is the scientific study of the