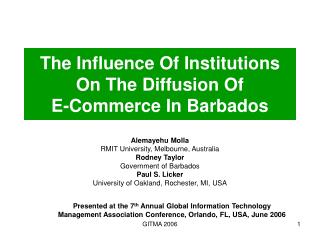 E-Commerce: Security Challenges and Solutions - . modified by: usman tariq. made by: dr. khalid al-tawil. outline of the

Introduction to e-commerce - . g53ddb. based in the slides corresponding to chapters 1-2 of laurdon &amp; traver e-