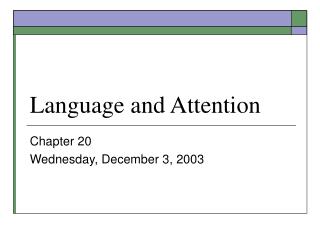 JavaScript - . javascript introduction. javascript is the world's most popular programming language. it is the language

Visual Attention Inhibition of Return - What is attention?. everyone knows what attention is. it is the taking possession