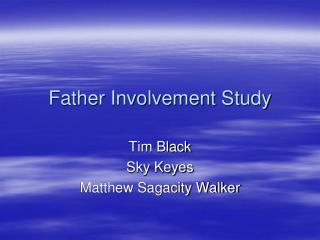 My Father is a Polar Bear By Michael Morpurgo - . timeline showing andrew’s growing knowledge about his father.

The Kingdom of God - . a biblical study in twelve lectures by steve gregg lecture #1 the meaning of the kingdom. i.

History of Phlebotomy - . louis pasteur because of his study in germs, pasteur encouraged doctors to sanitize their hands