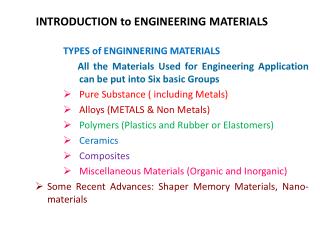 MSE 280: Introduction to Engineering Materials “Because without materials, there is no engineering.” - Instructor: