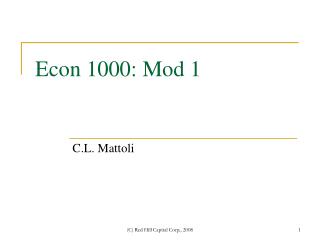 What is My Econ Lab ? - . online quizzing + study tool comes at no additional cost with every new textbook study

Introduction to Econ 210a: Why Are We All Here? - . j. bradford delong u.c. berkeley. why assign readings? why ask you to