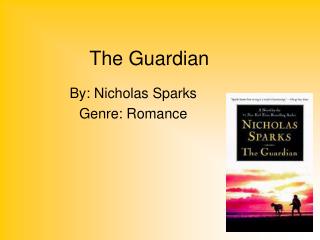 THE GUARDIAN - . by peter hildebrandt. the guardian. the guardian is a great book. it has a lot of cool stuff in it. in

Welfare Guardian - . welcome, while we wait for others to join: 1. click on the telephone icon in the app 2. click on

Guardian Angels - Insert “guardian angels” video on this slide. download “guardian” video and save to your

Guardian Medical - Has been providing total general practice care as well as afterhours care to the community. find the