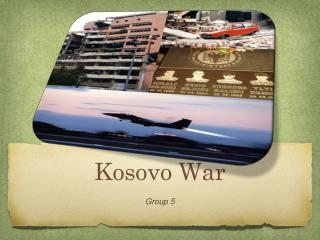 Kosovo War (1991-1999) - . what is the role of nationalism? is kosovo more albanian? serbian? macedonian? what role does

KOSOVO: - . a modern example of nationalism. what is nationalism?. the expressed desire of a people to establish and

Kosovo - . nato intervention 1999. emergence of struggle kosovo – a state in (past) yugoslavia was under authoritarian

KOSOVO PROJECT 2001 - . following the end of the war in yugoslavia, much of the railway equipment, especially the