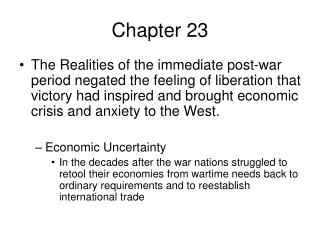 Chapter 23. The Realities of the immediate post-war period negated the feeling of liberation that victory had inspired and brought economic crisis and anxiety to the West. Economic Uncertainty