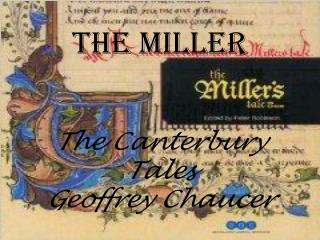 The Canterbury Tales Geoffrey Chaucer. The Miller. his status.