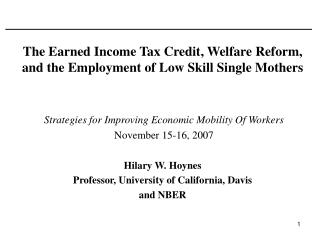 Welfare, Taxes, and…Growth? - . the scandinavian puzzle. i. models of the welfare state. a. simple typology of welfare

Wealth, Poverty and Welfare - . objectives to understand the difference between cultural and structural explanations to

WELFARE POLICY - . means test. while an entitlement program such as social security is available to all who meet certain

The Welfare State (’30s-mid 70’s) - . emerged in industrialized countries after the 1929 crack (pioneers england and

The Liberal Reforms - . why did the liberals pass reforms to help the young?. rowntree’s survey in particular revealed

Social = Collective Society - . important facts. what percentage of your paycheck is taken to pay for social security?