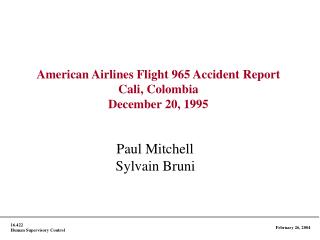 Presidents’ supervisory control over administrative actions - . to what extent does the president have the authority

Supervisory Responsibility - . responsibilities under the 1977 federal mine safety and health act. congress