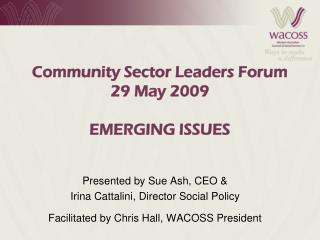 Leadership in your Community Emerging Leaders, May 2018 - . the toolbox. by the end of this session you will know:

Emerging Leaders Conference May 2006 - The gateway to world business. emerging leaders conference may 2006. our business