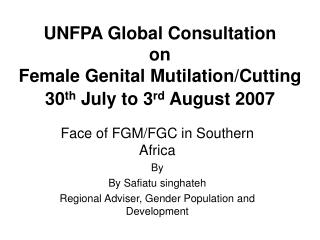 FEMALE GENITAL MUTILATION (FGM) LEARNING DAY - . every sixty seconds somewhere in the world at least one girl is Female Genital Mutilation - . summer is for fun……. not for pain. what is fgm ?. all procedures which involve the