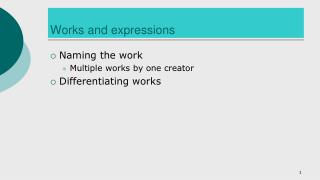 1b: Variables and Expressions - . algebraic expression : a combination of variables, numbers and at least one operation.

2F4 Project: Avoir expressions sentence constructor - . design, and make, a one-armed bandit which will work as a

Expressions with infinitive - . you have already learned that the infinitive of a verb in spanish ends in - ar , - er ,

Write algebraic expressions - . do now. write the words in the right column 1.divided by 2. plus 3. shared equally 4.

Rule 5: Parenthetical Expressions - . these are unnecessary words that interrupt a sentence. they don’t add additional

1-1: Writing Expressions and Equations - . lesson opener. ? represents a number. that number plus ten equal 14. how do we