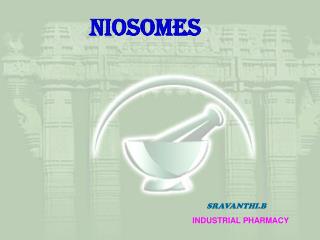 NIOSOMES - . they re presents a structure similar to liposome and hence they can represent alternative vesicular systems