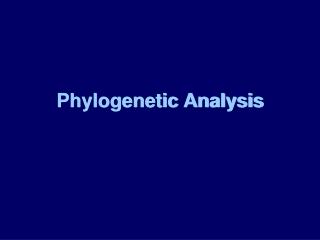 Phylogenetic Analysis - . subroutine. some code needs to be reused a good way to organize code called “function” in

ITEM ANALYSIS - . purpose of item analysis. the process of examining the student’s responses to each item. the need to