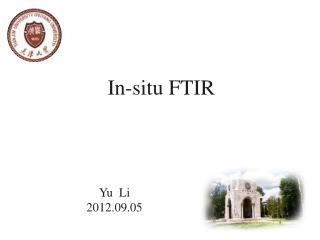 Noise in FTIR - . nyquist sampling theorem sample at twice the highest frequency this is for ideal case noise in

FTIR Analysis - If you are looking for ftir analysis, you have reached the right place. visit us now for more information

In-Situ 2001 - . b a l i a few closing comments by paul w. mayne at banquet. in-situ geotechnical tests for soils.