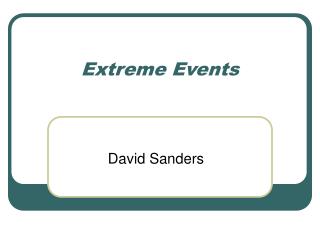 Building the Foundations of Australia - Extreme compression &amp; tension loads for the souls tower on the gold

4.1 Extreme Values of Functions - . absolute extreme values are either maximum or minimum points on a curve. they are

Events Impacting Scoring - . so who’s fault is it anyway?. impacts of legislations or events that would or could