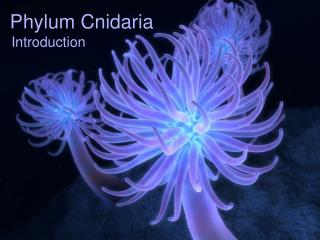 The Animal Kingdom - . animal characteristics. animals are many-celled, eukaryotic organisms that must find and digest

Zoology Test Review - . test review questions. what type of animals are in phylum porifera ? what are 5 characteristics

Phylum Cnidaria : Station 2 - . this phylum include things like jellyfish , hydr a, and sea anemones . they are more