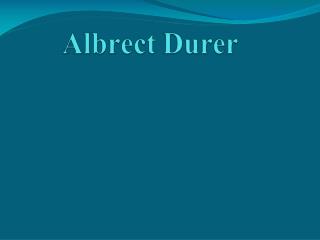 Albrecht Durer - . northern renaissance german 1471-1528. durer was the leader of the german high renaissance. durer was

Albrecht Dürer : artwork - . a olson. view of nuremberg. chosen for the simple reason that it depicts the early life of

Albrecht Durer - . by: siobhan greene. early life . born in hungary grew up in nuremburg was the 2 nd of 18

Albrecht Dürer 1471 - 1528 - . and since geometry is the right foundation of all painting, i have decided to teach its

Self Portrait, Albrecht Durer 1493 - . self-portrait in a straw hat by elisabeth-louise vigée -lebrun. self portrait

Albrecht Dürer - . and his magic square. on the wall to the right hangs the magic square dürer created. it looks like