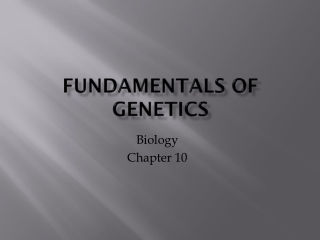 Fundamentals of Genetics. Biology Chapter 10. INHERITANCE or HEREDITY - The genetic transmission characteristics from parent to offspring, such as hair, eye, and skin color. Study of Genetics.