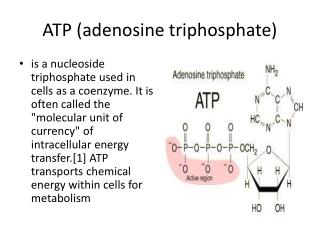 Factors Affecting Performance - How does training affect performance? . energy systemsenergy is produced by the breakdown

Energy systems - . energy for muscular contraction during exercise comes from the splitting of a high energy compound

7.3 ATP provides energy for cellular work - . objectives describe the structure of atp and how it stores energy. give