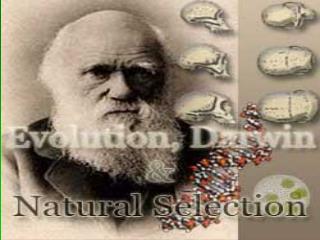 Evolution (Darwin and Darwinism) - . the history of an idea darwin’s theory a darwinian view of life human evolution.

GEOS 115 Introduction to Oceanography - . what is oceanography?. the goal of understanding the oceans through the

Darwin ’ s Theory of Evolution - . adapted from a fellow ap bio teacher. who was charles

Mr. Charles Darwin - . a most brilliant man. charles robert darwin . born to a wealthy family in shrewsbury, england on

The Early Chesapeake - . 1606 charter to the london company from james i gave colonizing rights to the southern lands 144

Section 15.1 Summary – pages 393-403 - . charles darwin and natural selection. the modern theory of evolution is the

Chapter 22 - . descent with modification: a darwinian view of life. overview: endless forms most beautiful. a new era of

Bruce Stewart - . office of diversity and inclusion, opm. cultural hunt. rule 1. get out of our comfort zone…. rule 2.