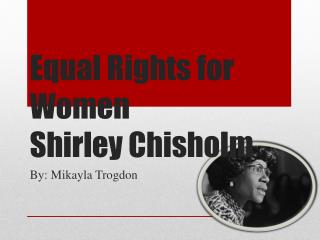 Women at War - . francis perkins--sec. of labor. during wwii an encouraging trend has been a break-down in prejudices