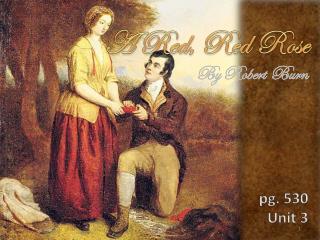 A Red, Red Rose. By Robert Burn. pg. 530 Unit 3. Robert Burn. Robert Burns wrote more than six hundred poems. He is considered the national poet of Scotland, and. According to the critic Raymond Bentman says, “Robert Burns is the first truly modern poet in British literature.”.

The White Rose - . by sally butler. what the white rose was:. a german group resisting the nazis began by students at

Rational Rose - . for system design. what is rational rose?. rational rose is the visual modeling software solution that

The Mary Rose and the Tudor rose - . this rose was a very special plant. and some interest in the mary rose. read on to

12 Angry Men - . by reginald rose. reginald rose . inspired by rose's own experience of jury duty on a manslaughter

Benjamin Rose Institute - . celebrating 100 years of caring for older adults… and those who care for them. 1908.

Meaning Associated with Rose Colors - . red: love and romance. one of the most universal of all symbols, the red rose

About Robert Burns - . robert burns came from a poor farming family in ayr. his father was william burns and his mother