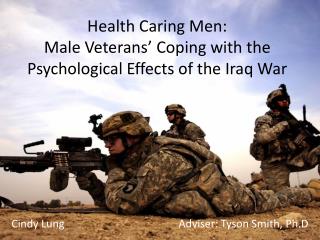 Tips for Caring for the Uninsured: A Guide Based on One State’s Possibilities - . american college health association

Chapter 18---Psychological Disorders - . what are psychological disorders?. behaviors patterns or mental process that

Trends in Europe: Coping with National Differences in Regulation of Marketing Practices and Relationships with Health P