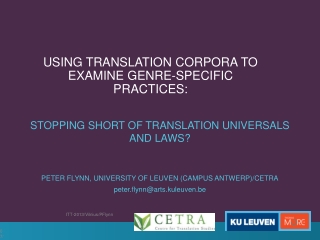 Address Translation - . main points. address translation concept how do we convert a virtual address to a physical

Register and Genre - . focus on genre or text types. register and genre. register is frequently discussed in association

Genre and Authorship Studies - . you will examine the application of an auteur and genre approach to the interpretation