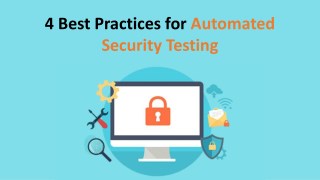 Mobile and application security testing has become the need of the hour as the number of risks and attacks in the virtual world have increased. Read this guide to know best practices for automated security testing.

5 Best Practices For Email Testing - Testing different email variables such as timing, subject line and "from"