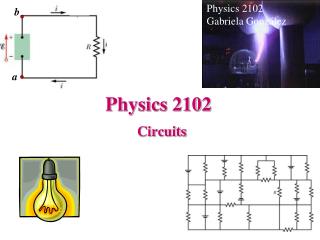 Physics 2102 Gabriela Gonz á lez. b. a. Physics 2102 . Circuits. DC circuits: resistances in series. Two resistors are “in series” if they are connected such that the same current flows in both.