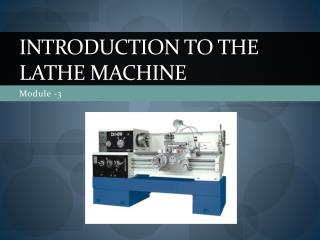 Introduction to the Lathe Machine Introduction to the Lathe Machine. Module -3. Module Objectives. Describe how a lathe operates. Identify the various parts and attachments of a lathe and their function. Describe how the cutting tools cut materials. Implement and describe the safety rules for machining using a lathe.

Introduction to the Lathe Machine Why does a business need a website? - . customers expect it it provides credibility control the narrative open 24/7 saves

A comparison of the architecture of network simulators NS-2 and TOSSIM Seminar Performance Simulation of Algorithms - 2.