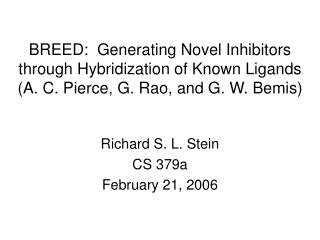 Agriscience Unit 13 Worksheet - . 1. the most popular breed of light horses in the united states is the:. 2. a breed of

SELEX (systematic evolution of ligands by exponential enrichment ) - . is a method that was originally developed to