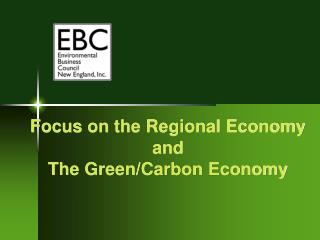 Focus on the Regional Economy and The Green/Carbon Economy Focus on the Regional Economy and The Green/Carbon Economy

Irish Economy 2009 - . solutions. question 1a. in an open economy with free capital flows, under what conditions is it

Chapter 13: Development: The Glue that holds together the Global Economy - . where are we going, what, how, why,

Converting the Economy - . the united states’s industrial output during world war ii was twice as productive as germany