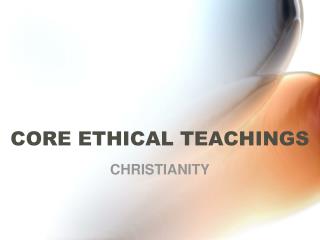 Jesus’ Teachings - . what are parables?. a parable is a short story which teaches a lesson. from the greek: parabolē

Buddhist teachings - . the 3 marks of existence. in hinduism, the goal is to be liberated from samsara and become one

Jesus’ Teachings - . beatitudes, prayer, etc. beatitudes. set of teachings by jesus that being with “blessed

Buddhist Teachings - . kamakura buddha. overview. from prince siddhartha to the buddha the four noble truths the

Teachings of Judaism - . review of origins: origin of judaism review video judaism vs. other monotheistic religions.

Guru Nanak’s Teachings - . guru nanak dev ji stimulated a new wave of thought in all human beings so that we all may

Catholic Moral Teachings - . what is a conscience?. we believe our conscience to be god’s voice it helps us to make

Basic Teachings of Islam - . salah – prayer. leeds makkah masjid www.makkahmasjid.co.uk. how to perform salah. in the

The Teachings of Islam - . background on islam. islam has more followers than any religion except christianity. muslims