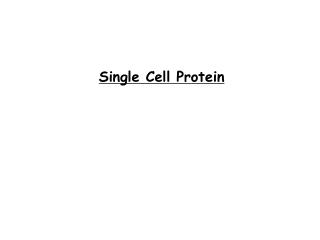 Single-Cell Organisms - . protists and viruses. protists. found in the kingdom protista live in moist environments 1 or

The Single Cell: - . viruses, bacteria, &amp; protists. what do you notice as the levels go from atom to

Cell-free protein expression - For students teachers or other