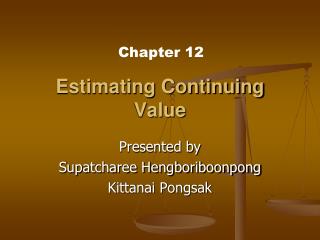 ACCOUNTING STANDARD 2 8 - IMPAIRMENT OF ASSETS - . as 28 – impairment of assets objective. “ to prescribe the

IAS 18 - Revenue recognition - . executive summary. general: under both ifrs and us gaap, revenue is not recognized until

Chapter 6: The Role of Financial Information in Valuation - . learning objectives: to learn the basic steps in business

LECTURE 9 : EMPRICIAL EVIDENCE : CAPM AND APT - . (asset pricing and portfolio theory). contents. how can the capm be