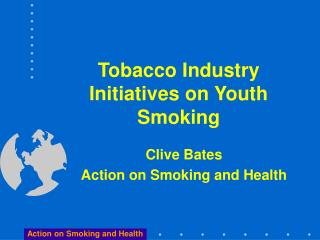 Presentation Package for Concepts of Fitness and Wellness 7e - . section vii: concept 18 the use and abuse of tobacco.

Population-based Health Promotion Strategies for Reduction of Tobacco Use - . created by the registered nurses’

Tobacco Products - . by: paige nunn. bidis - the smoke from a bidis contains 3 times as much nicotine and carbon

It’s All About Tobacco . . . And Health - . nancy geha, ed.d. tobacco prevention program manager. the voyage of