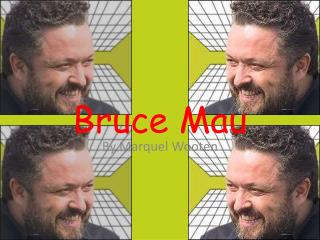 Bruce Mau - . will melendez. “its not about the world of design, its about the design of the world” -bruce mau.

Bruce Springsteen - . and the e street band. notes on bruce and the band. bruce started playing at the age of 8 the e

Why can’t Bruce move? - . nicole and tyreek. bruce is at a sleepover with his best friend wayne. at 11:00 pm wayne’s

Bruce A. Bracken, PhD - . about the author. bruce a. bracken, phd professor the college of william &amp; mary school