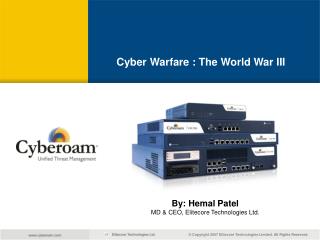 World War I - . table of contents. triple entente propaganda new methods of warfare trench warfare the war at sea the

The Changing Nature of Warfare - . the second world war. analyse the changes in the nature of warfare in the 20 th

Information and Cyber Warfare - . lesson 5. governments at war. the u.s. has been the target of widespread technological

Bullying in a Cyber World - . objectives. following completion of this session you will be able to: define cyber-bullying

WWI Warfare Techniques - . world war i warfare techniques. goals: to understand the methods of fighting in world war i.

Innovations in Warfare during World War I - . by : blaze alesch. background of