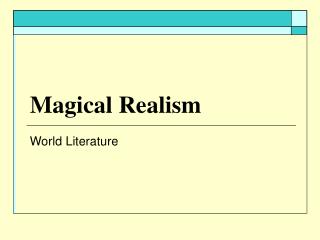 What is So Magical about Amla Hair Oil? Manufacturers Explain - In ayurveda, amla or gooseberry is a fruit used for

What to Say and When to Say It… Magical Words that Work! - . by ken hill. “ what i do have is a very particular set

Chapter 18 - . the triumph of the bourgeoisie 1830-1871. the working class. new class left behind by industrialization

Bell Ringer - . who was your best teacher ever? what qualities did that teacher posses? are there any of those qualities